In mid-November, the week after the last retreat downtown, I led a day long meditation retreat out at the prison. (I’ll write about the context of my work out there at the footer). In a moderate sized classroom, we spent 12 hours alternating sitting and walking meditation on linoleum covered concrete. The prisoners divide roles and responsibilities: one man rings the bell, one the clappers for walking meditation, several serve meals, and later tea. All take a turn offering incense. While we hold the Zen forms loosely, together, the space is transformed into a fully functioning meditation hall.

If all stars align, we are allowed to do walking meditation outside. The causeway is lined by a concrete wall on one side, chain link topped with hurricane wire on the other.  As we walked into the prison at 8am, I felt gratitude that despite the forecast, the skies were dry. Several hours later, after lunch, we all prepared to go outside for about a half an hour of walking, 12 incarcerated men, 3 volunteers.

As we approached the doorway, my eyes fell on a puddle. I felt a disappointed clench in my chest, “Oh, rain.” As we stepped outside, I noted there was none falling. The tightness in my chest softened. The clappers clapped and we began walking; inhale lifting the foot, exhale placing the foot. And within moments, the rain begin to fall. 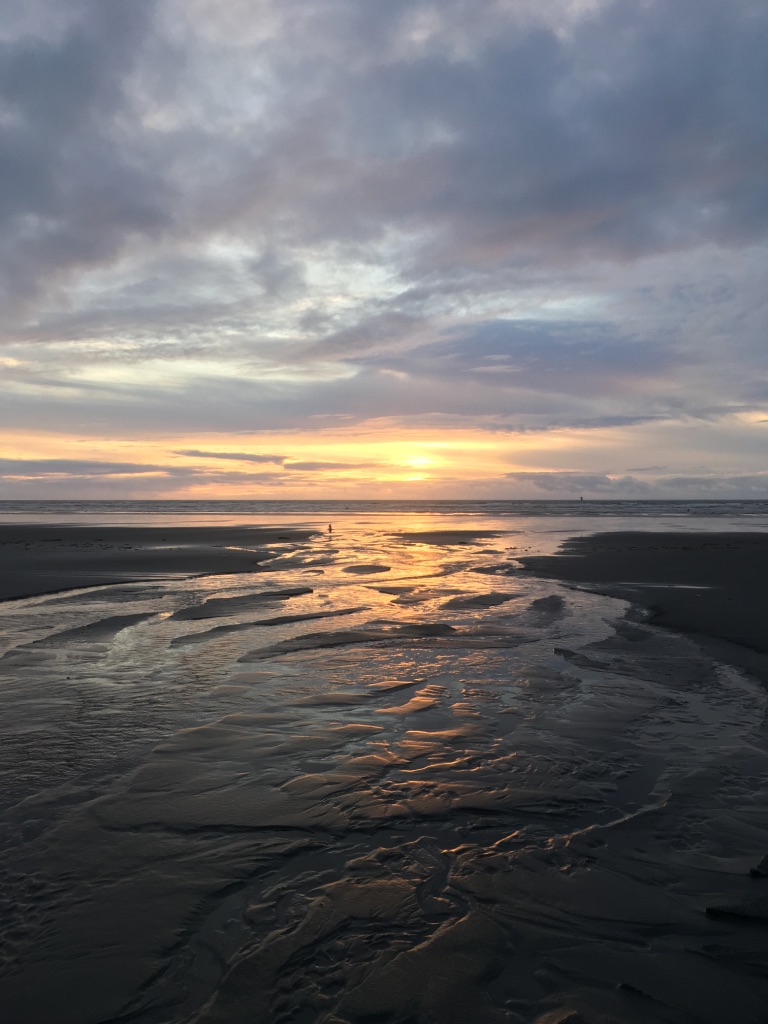 Then it got really comical, in my head. The soundtrack went something like this.  “Oh, rain! How much will it rain? Is it going to get harder? Some of the guys are only wearing sweat shirts, no coats. None of them have rain coats. Their clothes will get soaked. They might get chilled. I’m wearing a thin down layer myself. It’s going to get soaked. That was silly. Why didn’t I wear a rain coat? How will I communicate with walking leader that it’s too wet and we need to go inside?” This mental downpour lasted maybe 45 seconds.

And then I found the exhale.

And I thought,
“What if I just feel the rain.”
And I did.
And it was beautiful.
Light and feathery on my face. There was no wind.
The air temperature quite moderate.
The rain continued.
The walking continued. 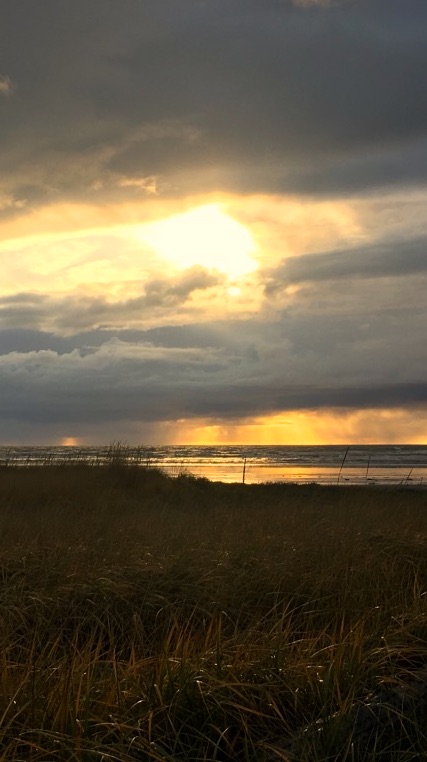 At the day’s end there were lots of reflections about the day’s benefits.  The support we gave each other even without speaking. The peace of silence. The way everyone cared for each other. No one complained about the rain

I feel 100% confident that rain lies ahead for all of us this winter. So what happens when we choose to just feel the rain? Maybe we feel our hunching shoulders and our neck and eyes scrunched, and after a pause we turn our faces upward, softening, to simply feel the rain?

And what happens if we do this with other things that are hard? A strained muscle in our neck or back. The digestive consequences of a holiday party. Encountering family (blood or non-blood alike) for holiday gatherings. The discrepancy between what we might like to offer and the realities of our budget. The very real fabric of our lives rather than what we wish were true. What happens when we actually, intimately feel and experience our lives? Consider this an open invitation as you walk forward into this holiday season, into these final weeks before solstice, into winter’s darkness 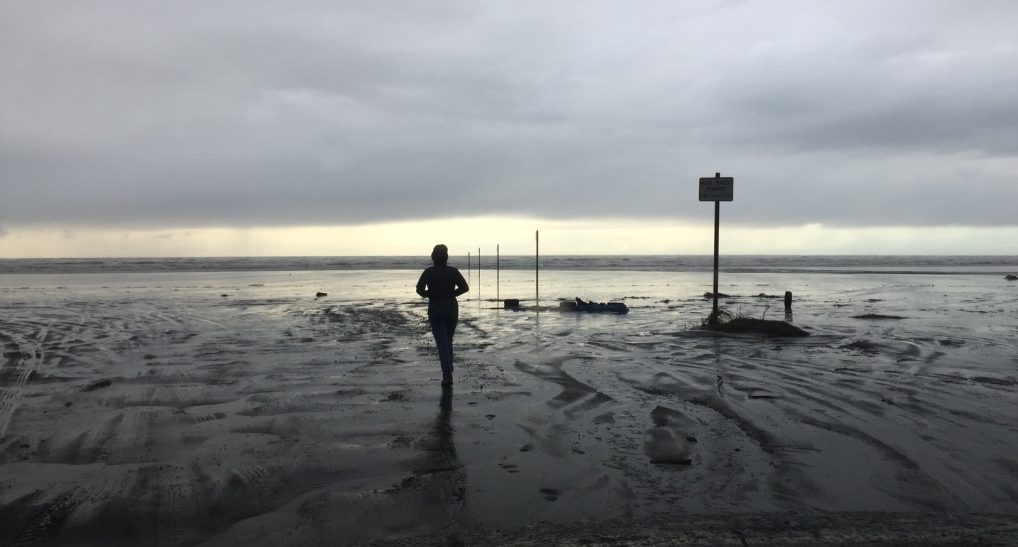 Prison Meditation Work
In 2000, I was asked to contribute an essay about my work in Hospice Bereavement that was published in the book Blue Jean Buddha. In response to this writing and my bio, an incarcerated man at Clallam Bay Corrections Center reached out asking if I would be a pen pal. We had contact a couple years, during which time I attended several Buddhist programs and events. In 2006, emerging from the black hole of grad school, the volunteer with whom I went out to Clallam Bay asked if I would be willing to support the Buddhist Program with her at Monroe Corrections Center. Since the autumn of 2006, 1-2 times per month I’ve gone out to the Washington State Reformatory to lead regular group meditation and twice yearly for day long retreats. I was asked in this interview about the ’emotional toll’ of the work in prison. I was amused by her adept capturing my response, “I’m filled with awe at the fruits of cultivating the mind that I see with the guys out there. I feel grateful to continue to share with them. And it’s not an emotional toll, not a net negative, but a net holy cow!” I continue to feel this way

To Be Held in Respectful, Tender Regard

How Can I do Less Violence to Myself and the World?